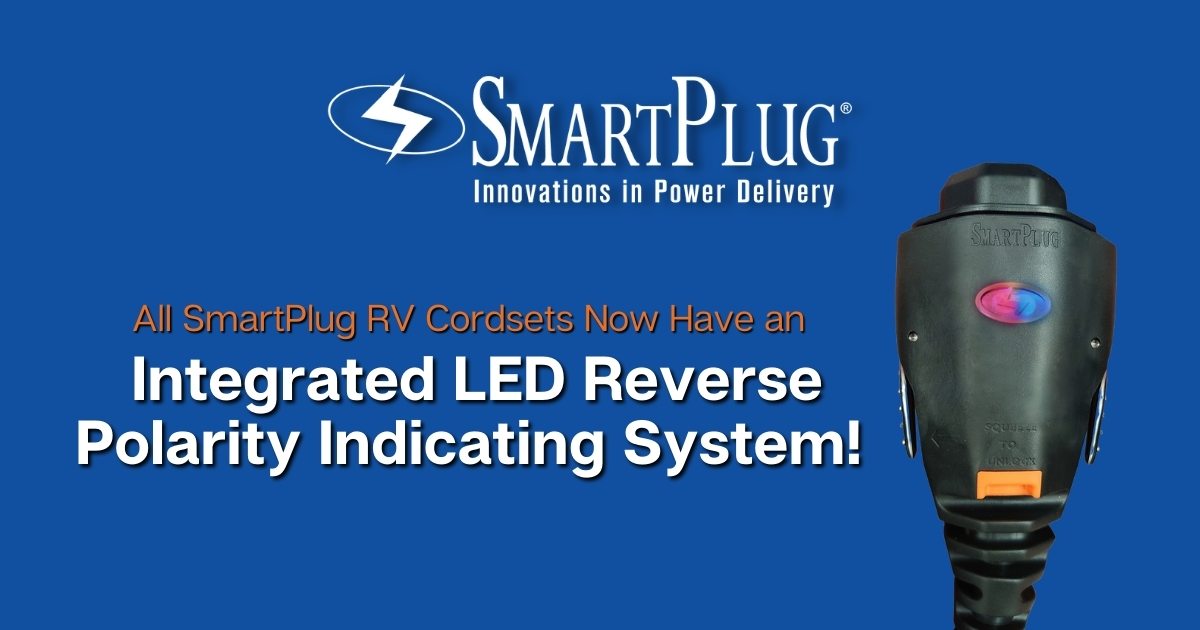 Reverse polarity occurs when the neutral or ground wire is connected to the hot terminal in error. RVers typically aren’t aware of this dangerous situation when plugging their camper, trailer, or motorhome into a campground pedestal. While the power may appear to function normally, indicating that all is well, there is a serious potential risk of electric shock or a short circuit that could damage valuable electrical components.

Similar to a residential plug testing tool, the enhanced SmartPlug has an easy-to-use color LED display. RVers will instantly know if power from the campground is flowing correctly with a blue LED. If the ground wire is swapped in a reverse polarity condition, a red light will glow. Likewise, if the neutral wire is swapped, both the red and blue lights will illuminate. If there’s no power at all, the LEDs will not light. Owners can then notify campground staff of the problem.

“Protecting people has always been at the forefront of everything we do at SmartPlug Systems,” said company President Tony Barber. “The SmartPlug is the safest RV shore power plug on the market and we’re pleased to enhance it with the reverse polarity feature.”

The revolutionary SmartPlug replaces old, outdated twist-type shore power connections. Featuring a robust pin and clip design, it offers over 27 times the metal-to-metal contact than traditional systems for maximum power transfer. With an asymmetrical shape, it slides straight in, so there’s no aligning a delicate “L” blade, nor fumbling with the threads of a locking ring. Dual side locks keep the plug securely in place.

SmartPlug provides the LED reverse polarity indicating system on its 30A and 50A cordsets in 25′ and 50′ lengths. Available in orange and white, prices start at $230.

Locations all over North America

Offered in the country of usage

To help prevent electrical fires in boats and RVs.

Welcome to SmartPlug, no products are for sale on this site. Please visit "Where to Buy" page to find a retailer or wholeseller near you. Dismiss

Find awesome listings near you!